Ilminster is getting involved in The Great Big Green Week on 18-26 September 2021.

Ilminster residents, businesses and community groups are invited to join in and participate in a nationwide campaign, this September, to highlight the need for urgent action on tackling climate change and protecting the natural environment ahead of COP26, the United Nations Climate talks being held in November this year 2021 in Glasgow.

In Ilminster, a number of local community groups have already joined forces to start planning an exciting programme of events.

Examples of actions by local community groups include tree-planting projects and a symbolic tree will be planted in Ilminster during GBGW, followed up by ongoing tree-planting initiatives by the Ilminster Tree Project.

Ilminster’s GBGW events and activities include:

It is hoped that other groups will add to the programme in the run up to Great Big Green Week; or commit to supporting one of the events already planned.

The volunteer-led Steering Group, consisting of representatives from the Ilminster Quaker Meeting,  Ilminster Fairtrade, Green Ilminster,  Ilminster Tree Project, Experience Ilminster CIC, and The Minster Church, is specifically inviting others to join with them in delivering activities throughout the week.

As a major UN climate summit COP26 is the place where politicians will set out how they plan to fulfill their promises to reduce our, UK and the rest of the world,  global emissions of greenhouse gases, which include carbon dioxide (CO2).

The Met Office confirms that  “the main cause of climate change is burning fossil-fuels such as oil, gas, and coal. When burnt, fossil-fuels release carbon dioxide and other gases into the air, causing the planet to heat up.”

It is this overheating that is causing the drastic changes in Earth’s climate resulting in a higher incidence of severe storms and droughts.

Reducing the CO2 footprint (amount of CO2 emitted) of UK’s local communities is the main reason why the UK government is increasing the  information and funding assistance available  for house-holders and businesses who want to switch off fossil-fuels and use only renewable energy to heat and light their homes and work premises.

The aim of GBGW

The Great Big Green Week will see thousands of people in every walk of life across the UK organising local festivals and events that will deliver their messages to the Leaders at COP26.  See the Community Calendar for Ilminster’s Events’ details

Those messages will  draw attention to the need for Leaders, both nationally and at a local level, to act to reduce the causes of climate change and to protect the natural world.

They will show  the connection between these issues and how communities like Ilminster can take part in the steps needed to reduce its community’s CO2 emissions.

The Climate Coalition, the national coordinators of the GBGW, says, “We would like to see that as many MPs as possible are meeting with constituents throughout the Great Big Green Week.

For our government to act with ambition on climate change, politicians need to hear that you want them to act. If our government takes strong action now, it can set us on a cleaner, greener, fairer path to restore the UK’s natural environment, protect the world’s most vulnerable people and provide hundreds of thousands of new jobs across our communities.”

It will also work to reduce the looming severe impacts of climate change.

An example of actions by Local Leaders,  Ilminster’s Local Authority has included its intended action in its draft Local Plan Review in which it sets out “..the steps which will safeguard the environment and help the district adapt to climate change..”

Examples of actions by local community groups include tree-planting projects and a symbolic tree will be planted in Ilminster during GBGW, followed up by ongoing tree-planting initiatives by the Ilminster Tree Project.

Trees/woodlands have an important part to play in reduction of CO2 emissions because, as the Woodland Trust explains,  “trees are the ultimate carbon capture and storage machines. Like great carbon sinks, woods and forests absorb atmospheric carbon through photosynthesis and lock it up for centuries.” 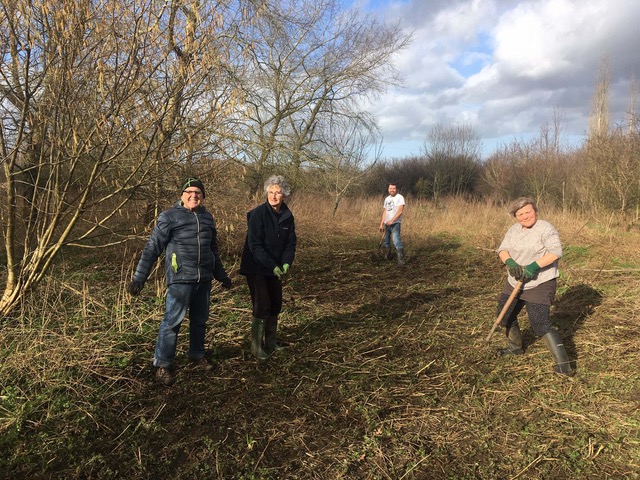